.
A combined post this time as both lots of vehicles are being finished on the painting bench together now and final detailing is pretty much completed. 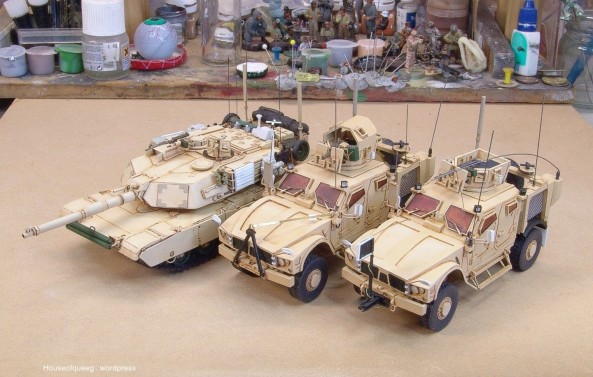 .
The Abrams got CIPs (Combat Identification Panels) panels added. I know they aren’t fitted on Marine vehicles in Afghanistan but this is technically a mild “what if” vehicle anyway with the premise being an escalated Marine deployment somewhere in the near future. I also added the additional twin aerial suite fitted to tanks used as FACs or forward air controllers. Some more stowage was added, a couple of packs from Blackdog and some cardboard boxes from one of Paul Wades excellent modern British stowage sets (that’s also where the large rear bustle mounted tarp came from). A rear mounted tow cable and a mast mounted sat/coms antenna was also fitted. Lastly, and completing everything for the Abrams, I improved the loaders M240 machine gun with handles, detail strips to the front barrel and by adding a thermal sight made from tubing and brass rod. 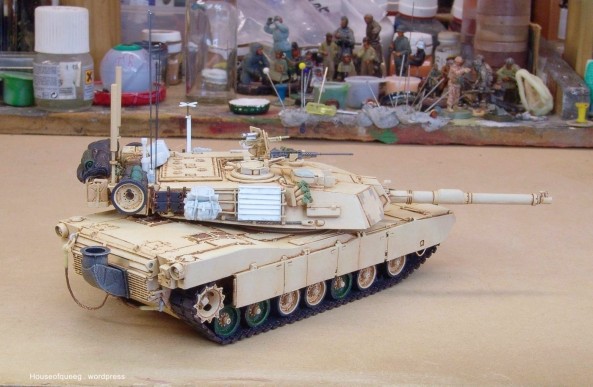 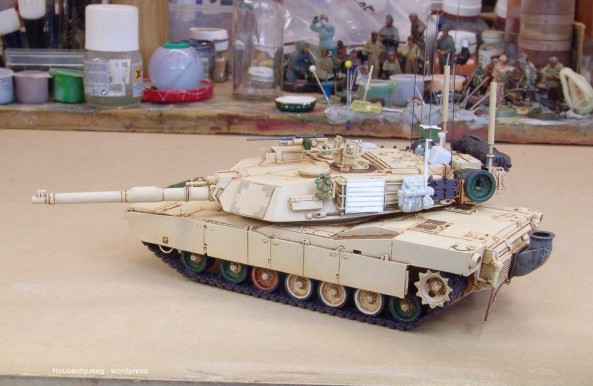 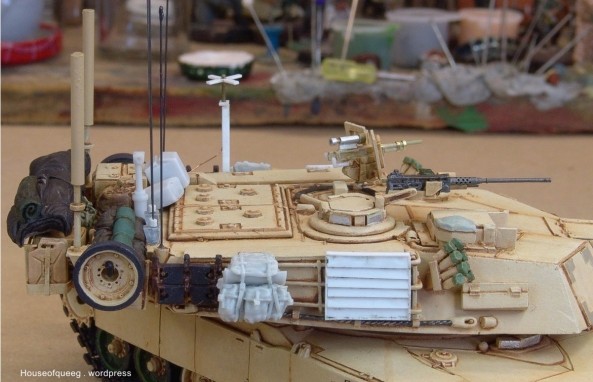 .
The M-ATVs are also now completed apart from some stowage to go into the rear cages which will be added after that area has been shaded but before final pigments go on. I added a tie down strap to the vehicle with the front mounted tow bar, both got wire mesh added to the stowage cages. along with mirrors, aerials and rear mud flaps.

I reworked the front mounted Rhino IED jammer as it had been bugging me for some time. It got beefed up as it was too small, wiring and I added a carbon fibre rod (drivers visual aid) which sticks up to mark the front of the vehicle when the jammer is deployed in the down position and wiring. Finally I fitted two large plastic crates to the inside cage to block the gap between it and the rear hull so the stowage can be fitted without falling out. This gap is incorrect as on the real vehicle the two rear stowage bins sit flush with the rear hull and although I can’t find a pic I would assume the rear deck does also. Stowage will just be mixed packs and crates although I may make a Javelin out of rod as they are also commonly stowed in the rear cage area. 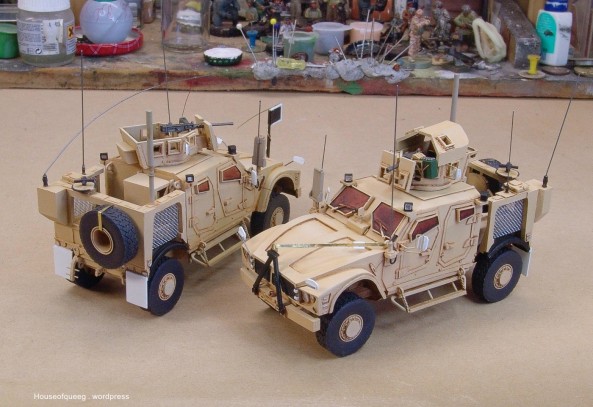 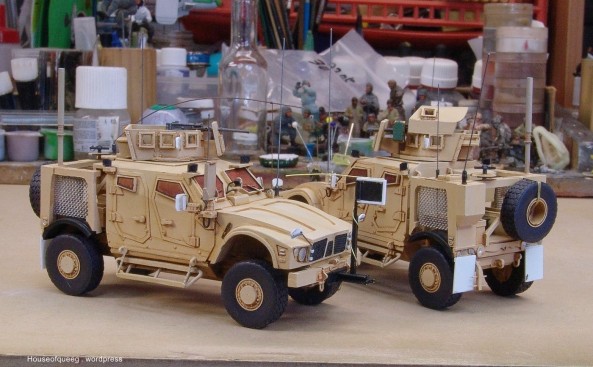